Krion Conquest did it first.

A rather bold statement by a lifelong Megaman fan, or more lunatic ranting by yours truly. This is me we're talking about here. 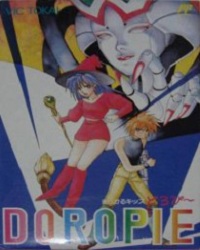 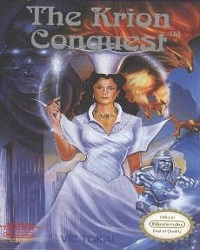 It was episode 110, Season 7-14 titled “School Lies” of American Dad in which Stan had his penis (aka pud) hanging out. Available in volume 7 uncensored. Give credit were due, in episode 97 two chicks showed their boobs. However keep in mind this is the Seth MacFarlane style of animation.

Okay, now we've all heard about Krion Conquest, I'm not going to talk about how I found a brand new copy in the discount bin of a long defunct chain store and bought it because it looked like Megaman. I'm not going to prattle on about the game difficulty is like Megaman 1, but without the pause cheat. I'm totally ignoring stuff like the lack of HP refills and the way too short a lifebar. Instead I'll shoot straight to my main point.

What exactly did Krion Conquest aka Magical Doropie (Doropii) aka Magical Kids Doropie do first? Was is the first Megaman clone? To answer that we have to define what exactly what is a Megaman clone. A stage select that is part of the game play and not an easter egg. Stage start sequence, player selectable weapons and not randomly shooting badguys to get weapons. Similar enough gameplay mechanics and maybe even graphics/sound. This is a pretty broad definition that can snare up some games like 8 Eyes which came out in 1988 a full two years before Krion Conquest. When you play the game, it is just like Castlevania.

While Krion Conquest is clearly a Megaman clone, there are thing done in this game that would later happen in Megaman. (By the way, I will be using terms like Krion Conquest and Francesca for the most part. Mostly because I like them better, they type out easier, and to irritate purists.) Starting on stage one we are greeted by a cut scene. MM3 had a tiny one, But KC has them between every stage.


Press the start button to warp past this and we can take a look at many of the things done here that would later show up in Megaman.

Press the start button again and we have a Megaman 1 and 2 style weapon select. Different from Megaman is the fact that Franny is running on it and her color changes as you scroll through the weapons. Which we would see in Megaman 5. (I decided not to post images of this, because of the major pain in the ass it would be to do so.)

Starting off, let's see what Fran can do:

Holding the fire button lets you charge up your shot. A technique later employed by Samus Aran.

According to the unused sprite sheets for one of the fighter games, Bass could shot up with his normal weapon. Interesting how Megaman originally could only look up in the game that came out afterwards and only while red.

Now to do some more talking because once again it will be a real pain to get some of the images. When you encounter a stage boss, you are presented with an alert message. Starting in Megaman X4 you would get a waning siren. Bosses would enter the battle room in a rather unique fashion and not just appear or float in. Megaman X and Megaman 7 would do this as well. When the boss is defeated he would disappear in a series of explosions like in Megaman X. I think I'll digress from my main point and discuss my theory as to why Magical Doropie was radically changed into Krion Conquest. All the cut scenes were taken out as well as the ending. Most views I have read state that Vic Tokai thought that the American audience wouldn't like a game that was text heavy and had a strong female lead. I disagree because you look at Dragon Warrior, Final Fantasy, and Ninja Gaiden. All text heavy, all very popular. On the second point, most people I knew preferred playing as the Princess in Super Mario 2 and Metroid has always been well liked. 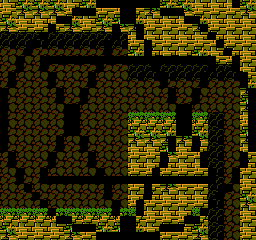 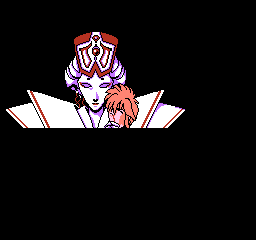 Nintendo of America had a no religious symbol what-so-ever and a no blood policy in any game well into the 90's. I think after having spent so much time editing out the hexagrams, then faced with removing the blood and translating the Japanese text, the programmers just gave up and cut it all out. Leaving us with the Krion Conquest.

In Megaman 7 you could input a password that allowed you to play a minifight game as either Megaman or Bass. In Megaman X3 you could call upon Zero occasionally. Unfortunately Krion Conquest had the secret players removed. However, go and get yourself a copy of Magical Doropie and input the Konami like Codes on the title screen and you can play as an alternate(?) Francesca or as Kagemaru!

My theories are that this is a protoform of Francesca, or maybe this is an entirely different character. The game is called Magical KIDS Doropie. I think the idea of having a multiple player game was scrapped because of time and money constraints. The programmers barely got done with Francesca's cut scenes and said "No Mas!" and decided to leave the other characters in as an easter egg. I mean, Francesca's scenes still play even though you may be using Kagemaru.

There are more similarities to later Megaman games, but I think that is enough. You guys go and sniff them out. I'll leave you with this: 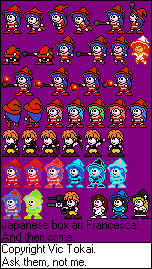 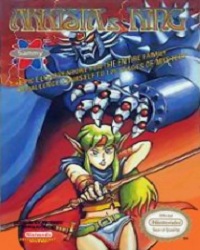 I spent the better part of a couple of months checking out iPads and Android tablets. I was really wanting one. The iPad is the gold standard, but Android is much better priced. You can get a good sized one for not even half the cost of the cheapest iPad. Two things swung me to the iPad. First was the internet speed. Side by side in stores that had crappy wireless, the iPad outsped the Android by light years. Then the price drop. Still $400 plus tax (lotsa tax) is a lot to pay for what is essentially an Angry Birds machine. (By the way, I call my desktop the $1000 solitaire machine.)

I think I made the right choice. During commercial breaks I can check my email, news, Sprint Cup standings, play solitaire. THAT'S RIGHT! EMAIL!

While comparing tablets in the stores, I notice quite a few times that when I fired up the internet app, it would go to the last opened page. Which would be more often than not be Facebook, Google Account, Twitter, Yahoo, or even a realtor's spreadsheet. So I stated playing this game of simply going around to each tablet and checking to see if it was still logged into some site. Most of the time I would do whomever a favor and log them out and uncheck the “Keep me logged in” checkbox.

I do have this paranoia about logging into anything on a foreign computer. Even one as safe as an iPad. You never know who maybe looking over your shoulder or using a password sniffer app on that row of computers around the corner. I flat out refuse to sign into anything personal of mine on somebody else's machine.

In the div preceding the previous one you might have noted I said, and I quote: “Most of the time...” Well, sometimes I'm not in a good mood. I just set the tablet back down thinking that person is a total dumbass and they'll have to learn their lesson the hard way. Then once or twice, an email is sent to a lucky individual informing them that they have just been logged out.
Posted by Joe at 12:00 AM 0 comments 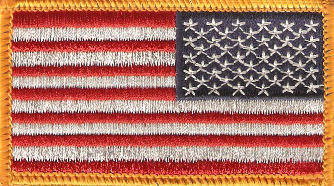 Now I've calmed down since the last time I tried to talk about this. However there is one more thing, but that will keep by me for the time being. You see I'm trying to get video of it happening. Weirdly enough it never seems to occur when my camera is out.

Okay, so what's the big deal over this two pixel thing? It's the way I do the speech boxes in my comics. I just simply use the shape tool to draw a box around the text. I did try doing it the way everybody else does, but that was too much work and in some text heavy comics it would become confusing as to who is saying what. So I decided to pick a color that is either dominant or very obscure to the character speaking. Then I would draw a two pixel wide box around the text and when I highlighted it all and placed it onto the comic there would be a single pixel white line around that as well.

I came up with the two pixel measurement because I could see it. That's how I base everything, can I even see it at normal magnification? I found that one pixel was too small and three was too fat. Two turned out to be just right.

With Windows 7, thing got screwed up. 98, XP, and Vista version of MS Paint were okay, but in 7 Microsoft added in a bunch of stuff we didn't need and took out things we did. Like the option of drawing lines two pixels wide. I had to keep using XP Paint because of this. Then I found out I could resize the shapes after I drew them in 7 Paint on the fly. Previously I had to draw the box and then highlight sides of it to bring back towards the text to tidy it up. Now I could draw the box, and size drag the sides to where I wanted them. I could finally retire XP Paint.

Frustration still set in because I had to draw two of theses things. Meaning something that originally took 5 steps now took 10. Where as if I only still had that two pixel option. Now comes a brain fart.

There are three basic steps I use in making my comics: backgrounds, characters, text, and miscellaneous. When working on the character step, I hit “Ctrl +” to double the size them. A very important thing to note because it makes it them easier to see.

Now mind you, not every comic I do I find interesting. Sometimes they bore me to tears. Then my mind starts to wander around. Of course I forget what step I'm on. One day I was working a comic that really made me wanting to instead go watch some TV. I was on the text phase and drawing the box shape around it the text when I brain farted and thought I was on the character step and I hit “Ctrl +.” That doubled the size of the box. I froze. Took a closer look. Yes the lines were two pixels wide. I could also grab the highlight box and resize the whole thing to were I needed it. On top of that, the next time I drew a box it was two pixels as well.